Kevin Ross is coming to town and I'm excited to be DJing the preshow. It's been a few years since I've had the opportunity to spin at the Harold Washington Cultural Center and it feels good to be going back!  Check out information on the show below.  Click the pic to buy tix! 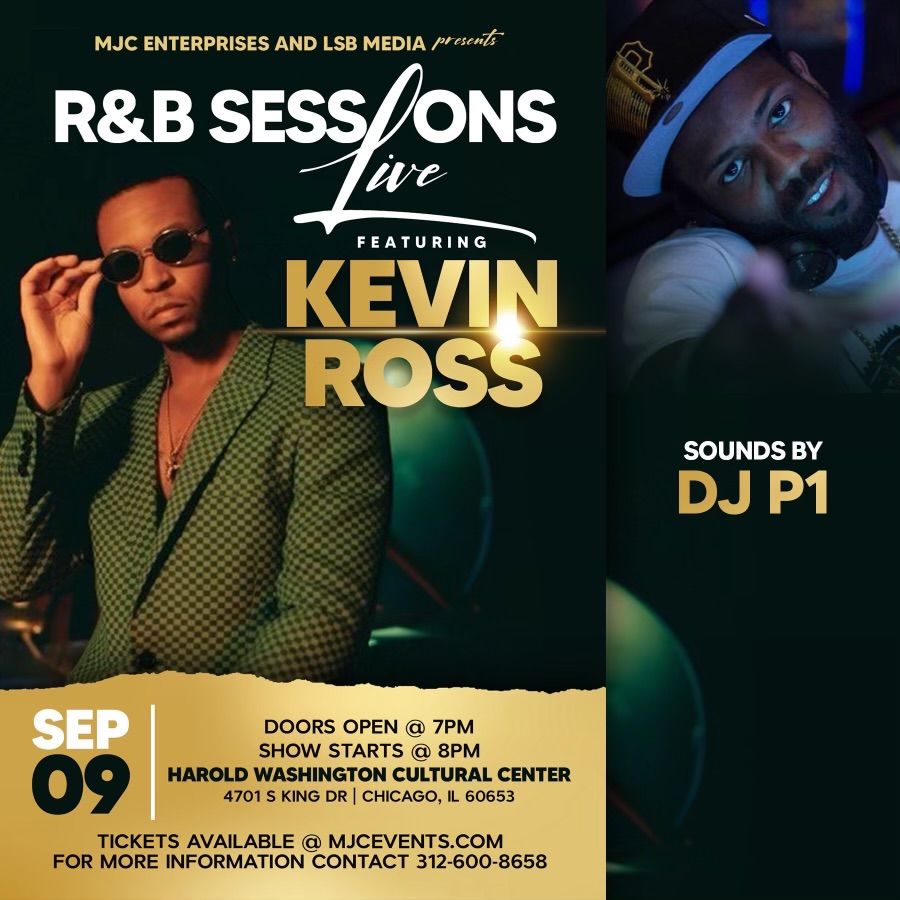 (ALL SALES ARE FINAL, NO REFUNDS WILL BE DISTRIBUTED!)

Music has always been a passion for Washington, D.C. native, Kevin Ross. He attended a performing arts high school and went on to earn a degree from Berklee College of Music. His career began as a songwriter, getting his first placement with Jamie Foxx, which was followed by Ross writing and producing songs for such artists as Trey Songz, Toni Braxton, & Tank.

Ross continues to make a significant mark on the contemporary music scene as he kicked off 2020 debuting at #3 on iTunes R&B Albums chart with Audacity Vol 1. “Thing Called Love,” the EP’s lead single, entered the Top 20 on Billboard’s Adult R&B Songs chart and was named the top song at Sirius XM’s Heart and Soul. The success of Audacity led Ross to be named the R&B Artist of the Year at the 2021 Wammie Awards. Ross' current project "Drive 2" debuted at #1 on iTunes R&B album chart with the lead single "Looking For Love" cracking the Top 10 on Billboard's Adult R&B Radio Play chart.

Tis the season for... CKFN

Its getting cold outside, at least it is in my hometown of Chicago.  The drop in temp always signals the start of CKFN season.   CKFN season is the perfect time to cuddle up, or catch a vibe solo, and listen to some hot R&B classics.  I wanted to provide the soundtrack to get your season started or keep it going if its already in motion.  All you gotta do is click play!

Reminder to all those in Chicagoland area tonight is the A Nite With... show hosted by Neak and Tandaleria.  I'll be controlling your sounds for the night.  In the lead up to tonights event though here is a quick R&B mix for you to enjoy!

Flyer with show info below... 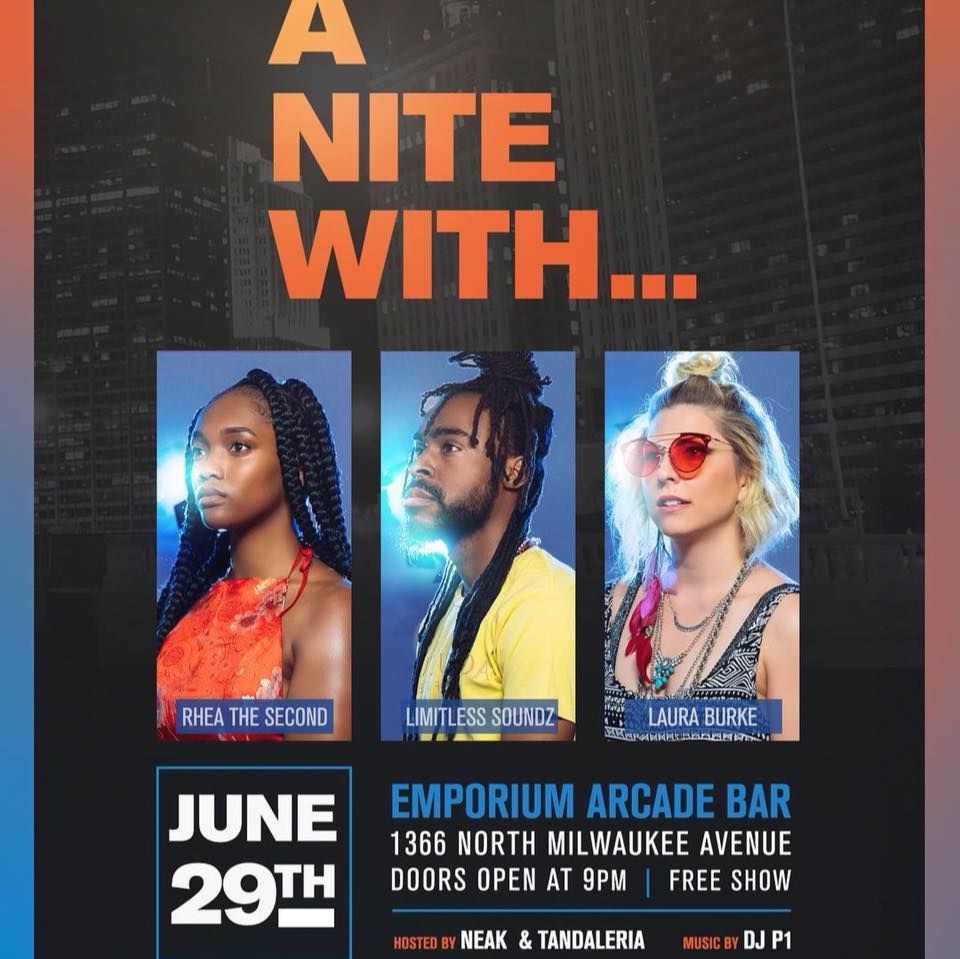 A Tribute to Women Mix!

In celebration of the Tribute to Women Event that I am DJing for, i created this mix to celebrate the women! 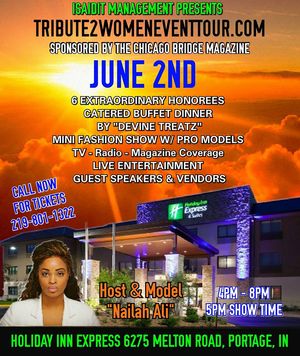 Tonight in Chicago I'm DJing a Free concert. Flyer below. Plus i just dropped a payday mix check it out! Have a great weekend! 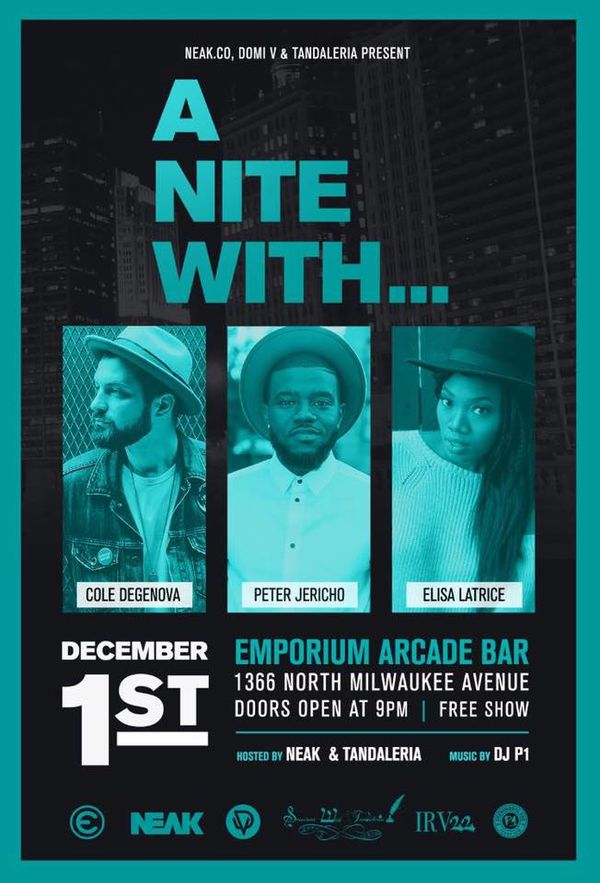 Join me this Friday night as I spin for a collaborative event between Neak Domi V and Sessions with Tandaleria.  I will be playing a wide selection of R&B Tunes to complement the lineup of first rate performers that are set to bless the stage.  I'm excited to feel the vibes of the live music and keep the mood set with the hits and classics playing as the backdrop to this crafted event.  It is a free event taking place at Emporium Arcade Bar. Emporium Arcad Bar is located at 1366 North Milwaukee Ave., and the doors open at 9PM.

Click on the Flyer Below To RSVP on FB 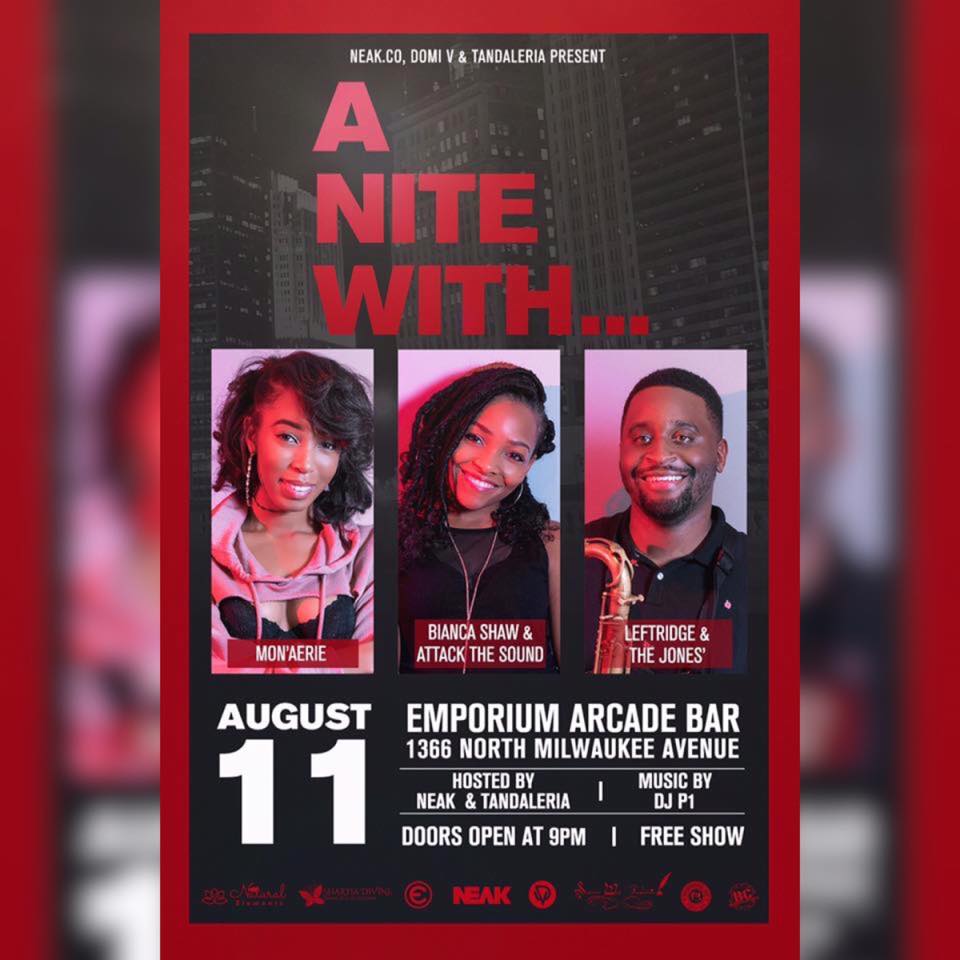 Here is a Pregame Mix to get you ready for the show!

So i submitted this R&B and smooth hip hop mix to a radio station for inclusion in an after dark mix. I just found out yesterday that they said no to accepting it....SO i have it here available for you all. Its a cool mix for your late night wine sipping night cap. Or when you're headed home from the club with your companion. Check it out and let me know what occasion you would play it at.